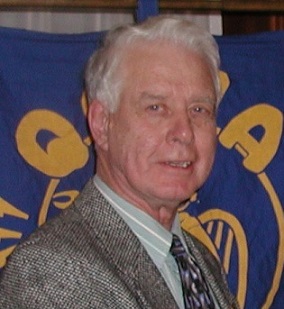 George was first licensed in 1946 as VE3BNO. He also held VE2CQD and
VE2AQG for a short time. He was also a Life Member of QCWA National
Capital Chapter 70 andmember of the Ottawa Amateur Radio Club (OARC).

George grew up in Renfrew, ON where his career spanned working in the
telephone and broadcast industry.

1967-1996 Served as President and on the executive of the Central Canada
Broadcast Engineers (CCBE) and did some contract work for Canadian
Radio-Television Telecommunications Commission (CRTC).

Operated all bands from 160M to 1.2 GHz and built a lot of gear and
antennas.

1981-1983 Worked on batteries and modules for satellites.

1996-1998 Worked with the Telephone Amateur Radio Pioneers on the
development and installation of Amateur Fast Scan Repeater VE3TVA.