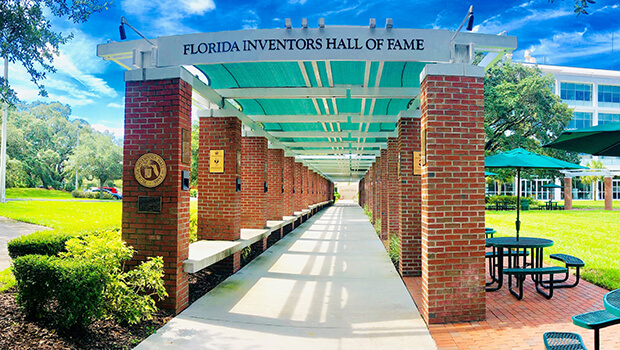 The QCWA Board of Directors is pleased to announce that Leslie (Les) Kramer, WA3SGV, will
be among the 2020 inductees into the Florida Inventors Hall of Fame on November 5.
Les is QCWA Member #34697 and a member and Vice President of QCWA Chapter 45. He
was first licensed in 1958 as KN9UIO and resides in Longwood, Florida.
The Hall of Fame at the University of South Florida in Tampa recognizes approximately seven
Florida inventors every year for significant contributions to technology and society. Kramer holds
17 US patents and two overseas patents, spanning lower limb prosthetic devices to advances in
electric power generation, IED detection, optical coatings for industrial processes, and dynamic
electronic tagging using a sticky polymer.
“One of my primary inventions is a prosthetic foot that returns energy to both the heel and the
toe of the amputee, thereby giving the user a very lifelike feeling and natural control of the foot,”
said Kramer, who is Vice President of Engineering and Manufacturing at TaiLor Made Prosthetics,
LLC, in Orlando.
The prosthetic foot is used by some 3,000 people worldwide, including two Boston Marathon
bombing victims. Kramer said amateur radio has played a key role in his success as an inventor.